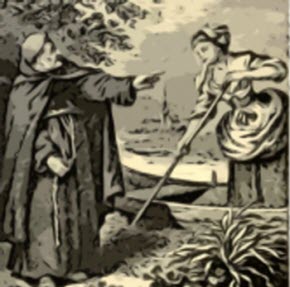 Lady Oisille, the leader of the group, chooses Parlamente as the first master of ceremonies. Parlamente has the honour of choosing the theme of the stories to be told on the first day, and she selects as her topic dirty tricks carried out by men against women and women against men. The stories cover topics of infidelity and other betrayals. Many of the characters in the stories told on the first day, as well as on subsequent days, are morally reprehensible and will use any means to obtain their objective, including murder. The stories are told in a straight forward style and often lack an objective moral viewpoint.

THE FIRST TALE (Story 1) - is told by Simontault and deals with the evil scheming of the wife of a Proctor. The story is said to be based on real events that happened in Alençon and Paris between the years 1520 and 1525.

Bored with her husband, the Proctor's wife takes as her lover the local Bishop but soon tires of him and takes as her lover the Lieutenant-General of Alencon. Growing tired of him as well, she goads her husband into killing the Lieutenant-General. The husband's life was spared at the request of the victim's wife, but the husband was nevertheless sentenced to life on the galleys, where he died. Now free of her inconvenient husband, the happy widow, carried on even more lewdly than before and is said to have died wretchedly due to her vices.

The second story is told by Oisille and is in deliberate counterpoint to the first story. Instead of a scheming and amoral adulteress, as in the first story, the heroine of the second tale is a virtuous wife of a muleteer who resists the unwanted advances of a gross servant. When she will not give in, he kills her with his sword, but she lingers on long enough to praise God and she after her death she is revered as a martyr and example of chastity. It is said that her example helped other women turn away from sin. It is believed that this story is based on a true story incident which occurred in the town of Ambroise in 1530.

The third story is told by Saffredent and tells of how The Queen of Naples, was being cheated upon by her husband King Alfonso who took as his mistress a married woman. In revenge, the Queen began an affair with the husband of the King's mistress, and this affair lasted their entire lives without the King ever becoming aware of it. This story is based on historical events which took place around 1430 in Naples.

The fourth story of the Heptameron is told by Ennasuite, and once again forms a deliberate counterpoint to the previous story, by telling the story of a virtuous woman. In this story a gentleman attempts to woo a noble woman who is a widow. She successfully resists his advances, pretending to not even notice them, and then gradually pushes him away from her company. As a result, the man failed not only gain the object of his desires but also lost the favour of the noble woman and his place at court. The editors of this edition state that the story is based on true events and that they occurred between 1520 and 1525. According to some commentators the lady in the story was the author herself.

The Fifth tale of the Heptameron is narrated by Geburon, who tells the story of two lecherous Grey Friars, minor monks, who attempt to rape the boat woman who was taking them across a river. However the woman outwits the two friars and hands them over to the who punishes them so severely that from then on whenever the friars cross a river they always make the sign of the Cross and commend themselves to God, and have no more thoughts of chasing young women. This story is used as an example of a woman using her cunning to preserve her virtue.

The sixth story of the Heptameron is told by Normerfide, who picks up where the last narrator had left off by telling a story of how women have also used their cunning for evil purposes. A man suspects that his wife is cheating on him and devises a plan to catch her by returning unexpectedly from a trip. However the wife is smarter than him and is on to his tricks. As a result, she successfully deceives her husband, who believes that she is faithful, while all the time she in fact has a lover.

Hircan is chosen next to tell a story and the story of a man who attempts to seduce a young woman. Her mother forbids the relationship, and tries to play a trick on him by impersonating the daughter. The man catches on and pretends to actually be in love with the mother, thus disguising his true intentions towards the daughter. They are therefore able to carry on their affair, and the young woman's reputation was spared.

Longarine, a young widow, goes next and says "You want me to make you laugh, as is my wont, but it shall not be at women's expense. I will show you, however, how easy it is to deceive them when they are inclined to be jealous and esteem themselves clever enough to deceive their husbands." She tells the story of a man named Bonnet who is unfaithful to his wife and wishes to seduce her maid servant. He enlists the help of a friend and through a series of tricks the man has sex with his wife instead of the servant girl, and then the friend also has sex with his wife. Thus the man makes a fool of himself and a cuckold, while the wife's virtue is preserved. 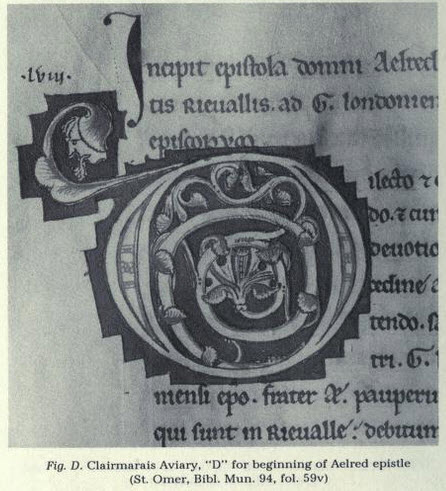 Dagoucing goes next and he tells the Ninth Story on the first day of the Heptameron. He tells the story of a gentleman who was in love with a damsel, but because he was not as noble as her he feared that his lower status would cause her to reject him. However the girl was actually also in love with him, but neither made their intentions clear. As a result, the two went through their lives without discovering that they both were in love with each other and only discovered the truth when the man was dying. The poor girl was left broken hearted. The events are said to be based on a true story that had happened only 3 years before.

Parlamente goes next and tells the last story of the first day of the Heptameron. Her story is about a young noble woman in Spain who is a widow. She resists the unwanted advances of a great warrior named Amadour by becoming a nun.