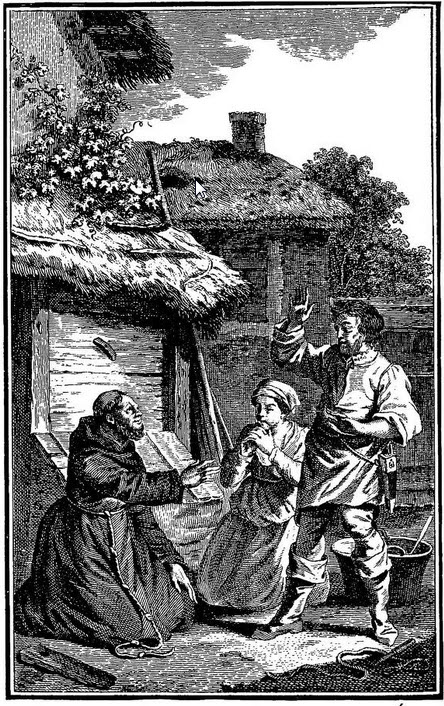 The stories on the fifth day of the Heptameron deal with maidens who resisted attempts to seduce them, and those who did not.

The Grey Friars rear their lecherous heads again in this story told by Saffredent. The friar abuses his priestly authority by imposing a penance on a young maiden, that she sleep with him in order to gain absolution. She refuses and therefore rises from the confessional without obtaining absolution. But she reports him to her Lady who hands the friar over to the Warden. The friar is soundly beaten.

Saffredent recounts how a prince tried unsuccessfully to seduce a young woman of low birth. She resisted his advances and the Prince was so impressed that he married her off to a noble man and they lived happily ever after.

A hypocritical lady in waiting is exposed for the woman of low morals that she really is.

Another story that takes a jab at the Grey Friars. A Grey Friar is used to receiving a pig every year from a certain house wife as alms. However this year the husband is at home and the man at first refuses, saying that the friars are hypocrites. The friar agrees and states that their order is based on the solid "folly of women, and that so long as there be a wanton or foolish woman in the world we shall not die of hunger." The man is so impressed by the friar's honesty that he gives him two pigs. Hircan then comments that "The Grey Friars, then, should never preach with intent to make women wise, since their folly is of so much service to the Order."

Simontault then tells a story illustrating the great simplicity and goodness of a wife in contrast to the wiliness of her husband. A strange tale referencing old the old medieval custom of the Innocents, in which children were whipped in honour of Innocent's Day (December 28) so that they would better remember they would better remember Herod's murder of the innocents. By the time that the Heptameron was written the beatings were probably just symbolic. However in this story a straying husband uses the Innocents to cover up his dalliance with the maid. The wife thinks that he is giving her a beating while in fact he is having sex with the maid. 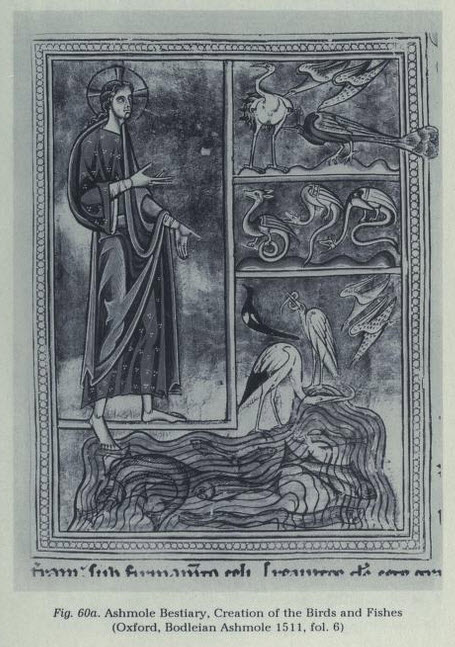 Another evil Grey Friar. He is invited to dinner and tries to seduce the wife, but is beaten with a stick. He then flees to another house where the lady of the house asks him to correct her daughter's laziness. Instead he seduced the daughter, taking advantage of the mother's credulity/

Dagoucin's story is about friends who become enemies. Two close friends had everything in common until one of them got married and began suspecting the other of cheating with his wife. The friend was insulted at being wrongfully accused and not only broke off the friendship but made it is only goal to actually seduce his friend's wife.

Ennasuite tells a cautionary story about trusting the Grey Friar's. A Grey Friar attending a wedding seduces the bride while her husband is still dancing at the reception.

Hircan tells a story of a group of French gentlemen who each seduce the King's mistress,and each believes himself to be her only lover. Upon discovering that they are not the only one, the men plot revenge, but are shamed when they realize that she treated them no worse than before.

A married woman comes to a bad ending when she declares her love for a young man.