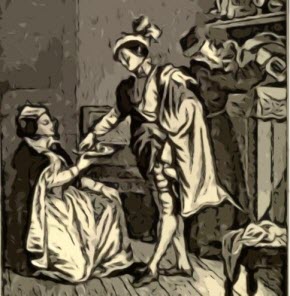 The second day of the Heptameron commences much as the first. The party attends mass, and then after dinner they begin to tell more stories. The theme of the stories on this day is more eclectic, with Lady Oisille giving each member of the company liberty to tell whatever story they please.

Nomerfide goes first and tells the story of Madame de Roncex who went to the monastery of the Grey Friars and accidentally sat down on some excrement, not an unusual occurrence in the days before indoor plumbing. Her clothes are filthy and so she cries out for help hoping that some woman will come and clean her up. Instead the only help comes from men, the wicked Grey Friars. They attempted to clean her up, but the woman was so humiliated by being seen naked by men and covered in shit that she soiled herself even more.

Dagoucin is chosen to tell the next story and he relates the true story of the Duke of Promise, who was in love with a woman. The Duke solicited the aid of the woman's brother and begged him to tell his sister how he felt. The brother pretended to agree and tricked the Duke into believing that the woman, his sister, had agreed to come to his bed. Instead the brother slew the Duke, thus freeing his city of a tyrant and saving his sister's honour.

Parlamente speaks next and tells the story of a married sea captain who lusted after a certain woman. In hopes of gaining her affection, the captain sent the woman a diamond, but being virtuous, the woman sent the diamond to the captain's wife. In this way the captain and his wife, whom he had long neglected, were reconciled.

The fourth tale of the Heptameron is told by Simontault and deals with a strange revenge plot carried out by the Lord of Bonnivet. The Lord of Bonnivet wished to avenge himself against a lady of Milan. Knowing that she loved an Italian gentleman, but that she had never had sex with him, Lord Bonnivet gave the young man tips on how to seduce her. The advice worked and the woman consented to let the young man into her bed, but Lord Bonnivet then disguised himself as her lover. When she learned of his scheme, the Lady agreed to take the Duke as her lover instead. 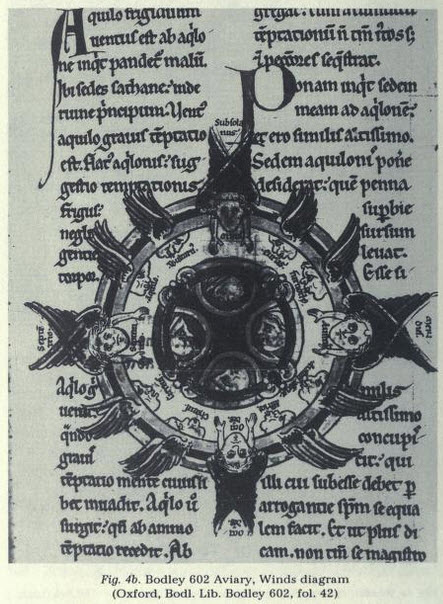 Longarine goes next and chooses a story that she says will Longarine, "will yet show you that there are some [women are] possessed of as much spirit, wit, and craft as men." A gentleman of low rank was given as his wife a very rich woman. The marriage was arranged by the King of France as a favour to the young man (tells you something about the status of woman at the time, doesn't it?). The wife actually loved her new husband but her husband ignored her. After trying everything she could to get him to be interested in her, the woman took a lover.

Geburon tells the story of true love between a lady of Milan who was a widow. She had vowed never to love or marry again, but after 3 years of wooing by a French gentleman she gave in.

Oisille tells this tale on the second day of the Heptameron, in which King Francis learns a man may have been trying to assassinate him and tricks him into going into exile voluntarily. Said to be based on a true story.

Hircan goes next and at the request of Oisille tells a story in praise of a man. He picks a story about a man who displayed great virtue and constancy in love: a young student of noble birth is in love with a lady but he resists temptation until all ends well and the two end up together. The other members of the company disagree with Hircan's moral of the story. Simontault opines that, "he ought to have broken his oath; for, had the lady been angered by such a trifle, it would have been easy to appease her." While Saffredent says that, "the highest honour that can be paid to a woman from whom such things are desired is to take her by force, for there is not the pettiest damsel among them but seeks to be long entreated." Such comments are countered by the women in the company, but seem to be a commentary on the status of women in the society of the Heptameron.

Ennasuite is elected to go next and she tells the story of Pauline who is in love with a gentleman. Unfortunately he had been forbidden to speak to her so he enters a monastery and so Pauline too entered a convent, and the two lived holy lives. The story leads into a discussion among the story tellers about the behaviour of the clergy, with Parlamente stating, "I believe that no man can ever love God perfectly that has not perfectly loved one of His creatures in this world," which appears to be a commentary on priestly celibacy.

Saffredent speaks last and tells the story of the Lord of Riant who for a long time desired a lady, and who had idolized her for many years. Despite being rebuffed, the man maintained his love for the lady, and held her on a pedestal. Then one day he found her in the arms of a servant and realized that the woman he loved was not what he believed her to be, and so the flame of his loved was immediately quenched by his disappointment. Saffradent concludes by stating that "And so, ladies, if you are not minded to love perfectly, do not, I pray you, seek to deceive and annoy an honest man for vanity's sake; for hypocrites are rewarded as they deserve, and God favours those who love with frankness."