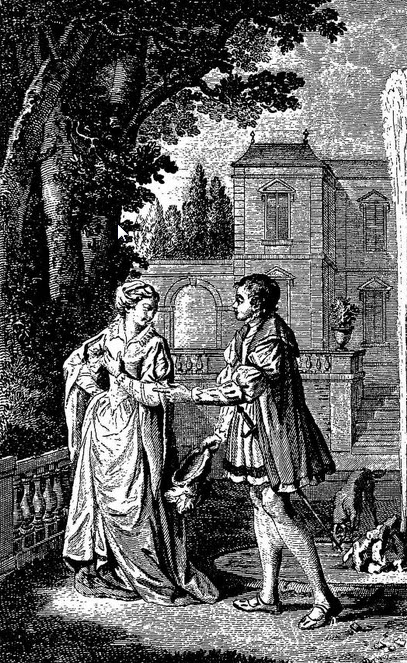 The Heptameron consists of 72 short stories or tales told by different narrators. In the book, the fictional narrators are also the audience in that each of the main characters takes turns telling stories and listening to the others stories. As such The Heptameron employs a narrative device common at the time, that of stories within stories. It has much in common with the Decameron (after which it is directly modeled) and other works such as The Canterbury Tales and even the Arabian Nights.

In the Heptameron, a group of travelers have gone to the baths in the Pyrenees Mountains. A severe rainstorm and resulting flood washes away the roads and bridges and the travelers are stranded. After some misadventures with bandits, a man eating bear, and the drowning of many of their servants and horses, the group of well to do travelers settle in near The Abbey of Our Lady of Serrance, in the valley of Aspe. They decide to lift their spirits and pass the time by telling each other stories while they wait for the roads to be reopened so that they can return to their homes. As the character Ennasuite states "the loss of servants need not bring despair, since others may readily be found"(!)

The group consists of ten narrators in total, with the elderly widow Osille being elected leader of the group. The group agrees that they will take turns telling ten stories each, for a total of 100, over a period of ten days. Each day, one of their number will serve as the master of ceremonies and pick the theme of the day's stories. The rest will then each tell their stories.

The structure and narrative device is obviously borrowed from Boccaccio's Decameron in which a group of people stranded at a farm house by the Black Plague pass the time by telling each other stories. Even Marguerite de Navarre playfully acknowledged her debt to Boccaccio by having the characters expressly state that they will be doing as Boccaccio had done. However, the main character Oisille - believed to represent the author herself - states that unlike Boccaccio's Decameron, they "would not tell any story that was not a true one." Because of this statement and certain clues within the book itself, it has long been believed that both the narrators and the stories they tell are based on real people and events, though the identity of the characters and the incidents they describe has not always been clear or universally accepted.

The ten narrators of the Heptameron, five men and five women, are: 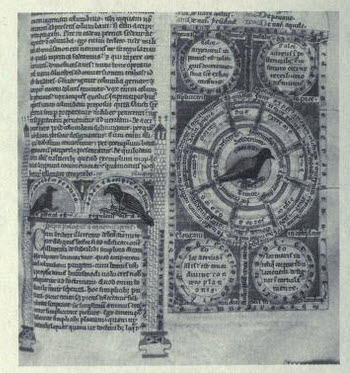 It is revealed that Saffredent and Dagoucin, had gone to baths not for their health but to follow their lovers, who had gone to the baths with their husbands. However not all of the characters are equally developed due to the fact that Marguerite de Navarre was not able to finish her work. At the time of the her death only 72 stories were completed. Of those it is not definitively established that the last 5 were actually written by her as opposed to later authors or editors seeking to expand on the work that she had left behind.

The Heptameron was published posthumously in 1558 under the title Histoires des amans fortunez (Stories of Fortunate Lovers), but this edition was incomplete, used only 67 of the stories, and often abbreviated them and left out important parts. A second edition published a year late in 1559 restored the text as much as possible and brought the number of stories up to the present 72; it also used for the first time the title "Heptameron", in reference to Boccaccio's Decameron. The "Hept" in the title is "seven" in Greek and refers to the fact that almost all of the stories are told over the course over 7 days, notwithstanding the author's original plan to have the stories told over a period of ten days.

Although Marguerite de Navarre was a devout Catholic she was also surprisingly liberal and advocated for freedom of religion and thought. She sheltered many Protestant and dissident philosophers and writers at her court and Rabaleis's Gargantua and Pantagruel is dedicated to her. Her own writings, got the Queen into trouble with the religious leaders of the time. Her free thinking attitude is expressed in the themes and subject matter of the stories, which are often of a bawdy sexual nature. The stories deal with cheating husbands and wives, seduction, and all kinds of dirty tricks and schemes. The clergy is often portrayed as corrupt and hypocritical, despite the author's own genuine religious beliefs.