Who Wrote the Heptameron? 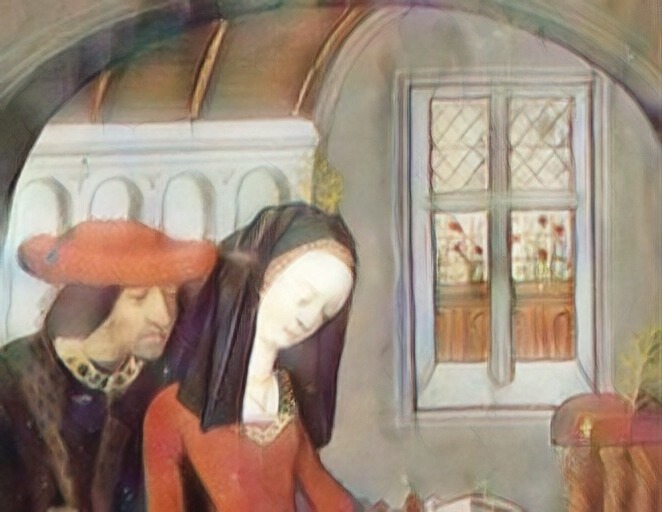 Marguerite de Navarre, also known as Marguerite of Angouleme and sometimes Marguerite of Alencon, was born April 11, 1492 in Angouleme, and died December 21, 1549 in Odos-en-Bigorre. Navarre was an author, patron of the arts, noblewoman, and a leading figure of the French Renaissance. She deserves to be remembered as one of the leading lights of the period.

Marguerite played a vital role during the first part of the sixteenth century: she exerted a profound influence in diplomacy, showed a keen interest in new ideas, and encouraged and protected artists and free thinkers. Although she was a devout Roman Catholic, Marguerite was tolerant of religious differences ( a rare trait at the time) and used her influence to protect French Protestants from persecution. She is regarded as one of the leading French women of letters and ranks, in the national pantheon, after Christine de Pizan and Marie de France. In France she is known as the tenth muse due to her influence on culture and literature.

Marguerite was a princess belonging to the Orleans branch of the Capetian dynasty. She was the older sister, by two years, of King Francis I of France. In spite of the times and her gender, Marguerite received a surprisingly good education. She was taught to read and write in seven languages, including Latin, which was still the common language of international communication between intellectuals.

Some of her tutors included the leading teachers of the day; and she had access to her father's large library. In many respects, Marguerite's education was an anomaly. The prevailing wisdom of the time was that to educate girls was to spoil them. One Jesuit Priest of the time, a leader of the Catholic counter-Reformation stated: "Give a book of poetry to girls, they will love. Give them a book of prose, they will challenge the Creed." The education that her mother was able to provide Marguerite is even more surprising given that Marguerite's mother had been married to Marguerite's father at the age of eleven, and had given birth to Marguerite when she was 14 or 15 years old.

In Marguerite's days, marriages were usually arranged. Among the aristocracy, marriages were arranged to settle disputes between royal houses, and to forge alliances. When Marguerite was 10 years old, the King of France tried to marry her to the Prince of Wales, who would later become the infamous serial beheader of wives, King Henry VIII. Fortunately for Marguerite, the future King declined the offer.

However, when Marguerite was 17 years old, she was forced to marry Charles IV of Alençon, on the orders of the King of France, for political reasons. Marguerite was intelligent, radiant; Charles was described as an illiterate dolt. Perhaps fortunately for Marguerite, Charles died in 1525.

If Marguerite had had a choice, she probably would have married Gaston de Foix, nephew of King Louis XII. But in those days women of the Royal family did not choose their husbands; they were tokens to be traded among kings and princes. In any event, Gaston died a hero in a battle between the French and Papal forces at Ravenna, in Italy.

The same year that her first husband died, Marguerite married King Henry II of Navarre, a fairly small principality squeezed between France and Spain. Together they had a daughter, the future Jeanne III of Navarre (mother of the future Henry IV of France). When Marguerite was 38 years old, fairly old by the life expectancy of the day, she gave birth to a son, but her son died in infancy. The death prompted Marguerite to write a controversial book titled Miroir de l'âme pécheresse (Mirror of the Sinful Soul, 1531) which French theologians condemned as heretical. The poem is written in the first person and contains an anguished appeal to Jesus who is, in metaphor, referred to as a brother/lover/father. A charge of heresy was brought against Marguerite but it was dropped thanks to the political influence of her family.

When her brother ascended to the throne of France, Marguerite resided at the French court and her influence grew. She exercised indirect political influence through her relationship with her brother, as well as personal influence as a diplomat and patron of culture at the royal court. When her brother was captured in battle by the forces of the Holy Roman Empire, it was Marguerite who negotiated his release. Her court came to be known as the New Parnassus, because of its reputation as a center for philosophy and learning. She was a patron of many leading figures in the arts and philosophy including Rabelais. The reputation of her court attracted the brightest artists and intellectuals of the time. Leonardo Da Vinci was a guest at the court of Marguerite and her brother, at the time of his death.

After Marguerite died, the kingdom of France was torn by many religious wars between Protestants and Catholics.

Marguerite was beloved by her subjects. She frequently walked without a body guard through the streets of Navarre, allowing commoners to approach her. She referred to herself as the "The Prime Minister of the Poor."The French Historian, Michelet, called Marguerite the "Mother of our [French] Renaissance!" and said that her heart was "the nest of our freedom," because of her example of tolerance and justice.

In addition to being a patron of the arts, Marguerite was an author in her own right. Although now best remembered for her unfinished work, the Heptameron, Marguerite also wrote a number of poems, plays and treatises, ranging from the comical and irreverent to religious themes. She was also the author of a beautiful short work called a Recipe for a Happy Life, which has advice still relevant for today.

In 1547 her brother Francis died and his son Henry II ascended the throne.

In 1548 her daughter Jeanne, married Antoine de Bourbon-VendÔme, against her wishes. Antoine was head of the House of Bourbon, and a vain, unstable man. He later became King of Navarre, by right of his wife.

The next year, Marguerite traveled to Bearn in Switzerland, to take a water cure at a spa. She contracted an inflammation of the lungs and died on December 21, 1549.

Although she is most remembered for the Heptameron, Marguerite de Navarre was also the author of many poems and plays. A brief discussion of her other works can be found here.