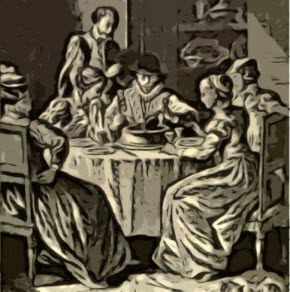 The main themes of the stories told on the third day of the Heptameron are about women who acted honourably in love and the wickedness of the monks. Parlamente is chosen to go first and promises to tell a true story, changing only the names of those involved.

A lady in waiting named Rosalinde who has reached the spinsterish age of 30 without being married, due to her father's neglect whose job in those days it was to arrange a marriage. So he takes matters into her own hands and agrees to marry a poor but noble born royal bastard (which is to say the illegitimate son of a nobleman). The Queen whom she serves forbids the relationship and attempts to break off the engagement but she refuses. In order to avoid discovery Rosalinde would go to church and speak to her lover who disguised himself as a monk, pretending to hear her confession. Eventually the King orders him arrested and her lover flees to Germany. Meanwhile Rosalinde continues to suffer persecution. Her lover proves to be unfaithful and he falls in love with a rich women who can offer him greater status and wealth. However medieval karma being what it is, the lover died while trying to seduce yet another lady. Rosalinde was broken hearted but she got her just rewards when a relative agreed to marry her and they lived happily ever after. The Rosalinde in the story is believed to be is Anne de Rohan, elder daughter of John II. Viscount de Rohan.

Geburon tells a tale of the friars of St Benedict (which is to say the Benedictine Monks). A monk with a reputation for piety lusts after the nuns under his direction and goes from being a shepherd to being a wolf. He sets his sight on a particular nun but she resists his advances. The narrator states that "There, ladies, you have a story which clearly proves the words of the Gospel, that 'God hath chosen the weak things of the world to confound the things which are mighty, and things which are despised of men hath God chosen to bring to nought the glory of those who think themselves something but are in truth nothing.' And remember, ladies, that without the grace of God there is no good at all in man, just as there is no temptation that with His assistance may not be overcome."

This story is told by Oisille with the stated purpose "that the hypocrisy of those who account themselves more religious than their neighbours." It tells the story of a religious fanatic, whose excessive devotion to a religious order caused the death of his wife and daughter and also himself.

Dagoucin next tells the tale of Elisor who is in love with the Queen of Castille. The Queen tests his love severely but in the end he gets his reward. 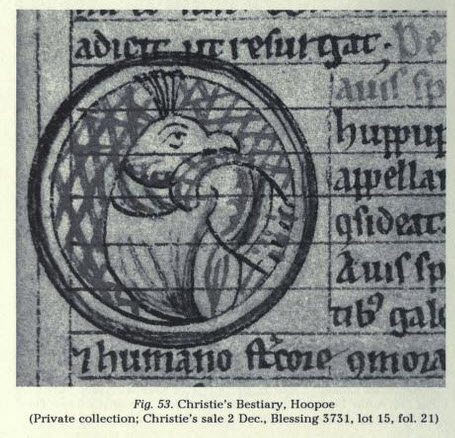 Longarine's tale deals with the subject of lying. A man visits his lawyer on the pretence of discussing his affairs and instead speaks frankly to the lawyer's wife about his intentions, and thereby gains his goal of seducing her.

Saffredent proceeds to tell the story of two women: one wanton and one discreet, and asks the listeners to pick which they prefer. A young man, said to refer to the real Gabriel d'Albret, Lord of Avesnes and Lesparre,

fourth son of Alan the Great, Sire d'Albret, and brother of

John d'Albret, King of Navarre was enamoured with a sexually wanton woman, but he was "saved" by the virtuous sisterly affection of a virtuous woman, who loved the young man but remained true to her own husband. When she died, the young man's heart was broken and he wore mourning clothes for ten years. The narrator comments that "You here see, ladies, what a difference there is between a wanton lady and a discreet one. The effects of love are also different in each case; for the one came by a glorious and praiseworthy death, while the other lived only too long with the reputation of a vile and shameless woman. Just as the death of a saint is precious in the sight of God, so is the death of a sinner abhorrent."

Ennasuite tells the story of a hideously ugly man who repaid his host's hospitality by trying to seduce his wife. Rather than simply refusing the mans advances, the woman pretended to give in so as to trick him and expose his deceit to her husband.

Simontault tells the eighth story on the third day of the Heptameron. He begins by saying that people at court believe themselves to be superior to all others and that they do not realize that "there are subtle and crafty folk to be found in every condition of life." He then tells the story a secretary of the King who seeks to cheat a merchant, but ends up getting a taste of his own medicine. Geburon comments that "I have often known similar things to come to pass, and have seen men who were deemed rustic blockheads deceive very shrewd people. None can be more foolish than he who thinks himself shrewd, nor wiser than he who knows his own nothingness."

Nomerfide then tells a tale of "a trick played by a priest through the prompting of love alone. In all other matters he was so ignorant that he could scarcely read his mass." A parson was having an affair with a married woman when her husband returned home unexpectedly. The parson managed to avoid suspicion by pretending to return something he had borrowed, and the husband was none the wiser. There then follows a revealing commentary on how people in the nobility viewed the lower classes. "Do not imagine," said Geburon, "that simple folk are more devoid of craft than we are; (3) nay, they have a still larger share. Consider the thieves and murderers and sorcerers and coiners, and all the people of that sort, whose brains are never at rest; they are all poor and of the class of artisans."

"I do not think it strange," said Parlamente, "that they should have more craft than others, but rather that love should torment them amid their many toils, and that so gentle a passion should lodge in hearts so base."

The final tale of the day is told by Hircan, who tells the story of incest and other things that would make a good episode of Gerry Springer.