A Description of the Character Parlamente, Who Is Believed to be Based on the Author Marguerite de Navarre 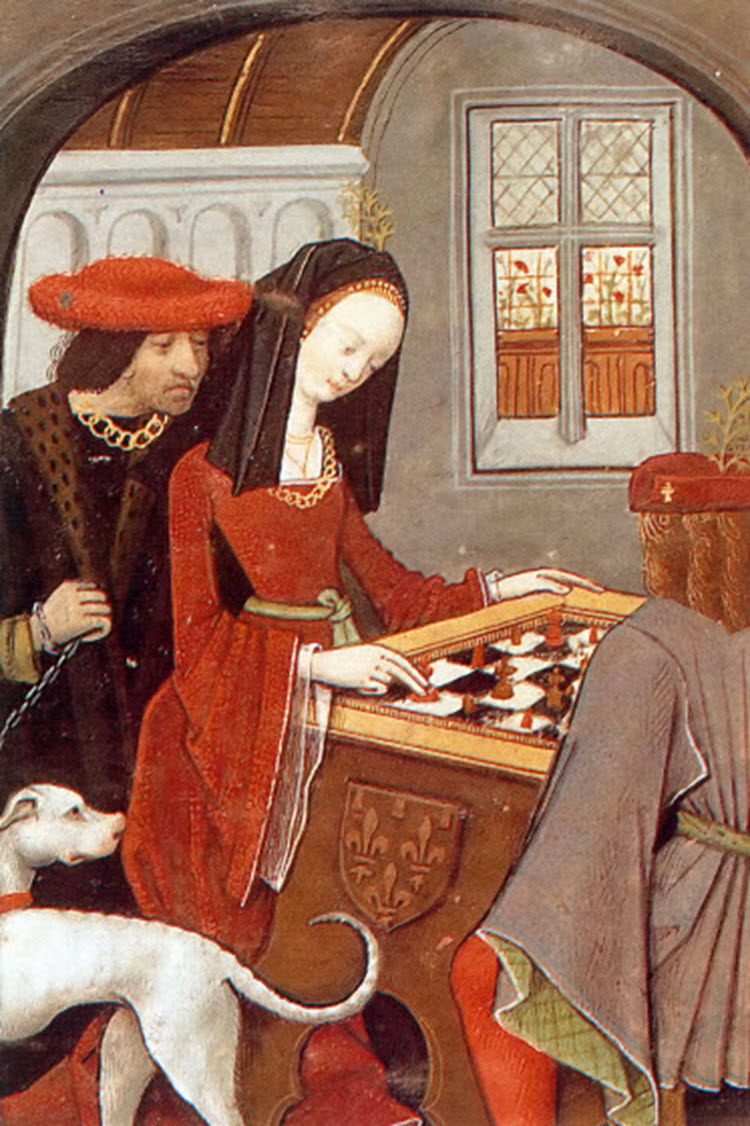 A Painting of a 17 year old Marguerite de Navarre playing chess. Marguerite is believed to be represented by the character Parlamente in the Heptameron.

In the Heptameron, Parlamente is a young woman married to Hircan. Her name may be a compund of two Italian words "Parla" = derived, from parlare, meaning to speak and "mente" meaning mind. Her name may refer to a character who speaks her mind, which she often does quite freely in the novel. She is described as having "sound understanding."

Parlamente is married to Hircan, who appears to be in love with her. One of the other characters, Simontault is infatuated with Parlamente but does not meet with any success, though Parlamente is not unhappy with his attentions. Parlamente is described as virtuous, devoted to her husband, and religious but at the same time knowledgeable of the world and possessing a refined manner. She is altogether a charming character.

Tradition identifies Parlamente with the author herself.