A Description of Simontault's Character 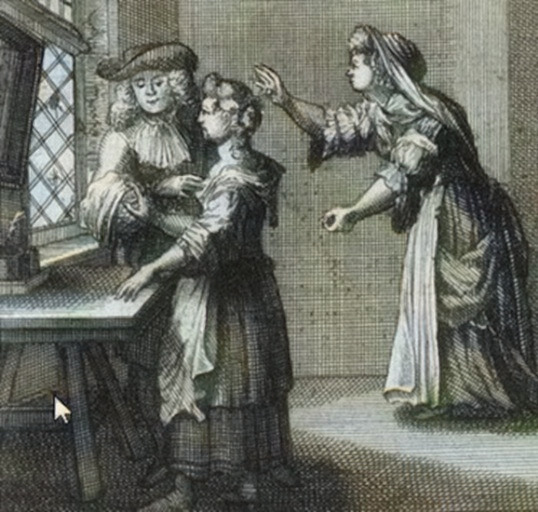 Simontault is one of the storytellers in the Heptameron, but his personality and character are not well defined. We are told that he pines after Parlamente, who is considerably younger than him. Parlamente is not oblivious to his attentions, which she seems to enjoy even though remaining faithful to her husband.

Simontault is depicted as a gentleman, and a somehwat of a realist when it comes to love. He tells Dagoucin that he doubts that Dagoucin has ever experienced love, and certainly not real passion. And through a sort of cross examination gets Dagoucin to admit that his opinions about women are all theoetical and have never been tested in real life.

His own views about love and women are revealed through his comments on the stories; he typically comes across as a moral relativist. For example, on the Fifth Day, the story is told of a wicked friar (a favourite target of the story tellers) who attempts to seduce a woman on Christmas night. Hircan submits that the friar should not be blamed because he only did what was natural when shut in with an attractive girl. Oisille, concedes that this is true but nevertheless is offended by the fact that the friar attempted this debauchery on Christmas night. Simontault sides with Hircan on this issue and opines that the fact it was Christmas night actually makes the priest less guilty: "That makes him still less to blame, "for, being in Joseph's place beside a fair virgin, he wished to try to beget an infant and so play the Mystery of the Nativity to the life." It is a kind of religious irreverence that one would expect in a modern work, not one written in an age of fervent religious devotion.

In fact, Simontault's views on love are quite modern and liberal. Commenting on a story (Tale 42), and the question of behaving honourably and virtuously in love, he contradicts Dagoucin who holds that "it is said that the most secret love is the most worthy of praise." Simontault says instead that love should only be kept secret "from the eyes of those who might misjudge it, but open and manifest at least to the two persons whom it concerns."

Later in the Heptameron, Simontault also reveals more of his views on women. He says: "that a good, gentle and simple woman is more readily deceived than one who is wily and wicked." He seems to regard women as generally wicked and depraved. His views are apparently born from his bitterness at Parlamente's rejection of him. To illustrate his point tells what he says is a true story about a married woman who was carrying on with two lovers, one for money and the other for pleasure. The first is a Bishop from whom she is extorting money with help of her husband, and the second is a young officer. When the officer discovers he has a rival, and threatens to expose her, she seeks to preserve her reputation by having the young man murdered by her husband. And then she engages in even more depravity by participating in black magic, and more murder plots, Apparently the story actually is based on a historical event and trial. The point of the story is that Simontault seems to clearly be an anti feminist. But he also has a romantic streak and says that "In sooth, I think there is no greater grief in the world than to love and not be loved."

Some critics have concluded that Simontault is based on Marguerite de Navarre's second husband, Henri d'Albret