A Description of the Character of Saffredent in the Heptameron 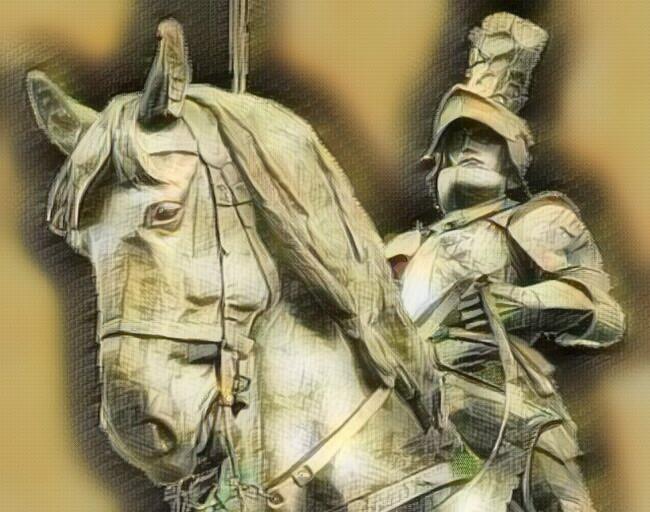 Saffredent is one of the characters in the Heptameron. He is a cavalier and a companion-in-arms of Dagoucet. Although somewhat passed his prime, with greying hair, this has not quenched his amorous disposition.

We can glean some of his character from the way that he intereats with the other characters and his choice of stories. Saffreddent is chosen by lot to tell the third tale and makes a show of deferring to older and better speakers than himself, even though secretly he wished to make a good showing to the ladies and one in particular. The book does not specify which of the women he is interested in.

However he relents, saying that it is better to "have done with it at once, for the more numerous the good speakers before him, the worse would his own tale appear."

Saffredent then relates a story about cheating wives and husbands who get revenge on them, by cheating as well. At its conclusion, he sums up the moral of his own story:

"Here, ladies, is a story by which you may be guided, for, as I willingly confess, it shows you that when your husbands give you bucks' horns you can give them stags' horns in return."

"I am quite sure, Saffredent," began Ennasuite laughing, "that if you still love as ardently as you were formerly wont to do, you would submit to horns as big as oak-trees if only you might repay them as you pleased. However, now that your hair is growing grey, it is time to leave your desires in peace."

"Fair lady," said Saffredent, "though I be robbed of hope by the woman I love, and of ardour by old age, yet it lies not in my power to weaken my inclination. Since you have rebuked me for so honourable a desire, I give you my vote for the telling of the fourth tale, that we may see whether you can bring forward some example to refute me."

The woman he is interested in, listening to this exchange between Saffredent and Ennasuite, "fell to laughing heartily" as she understood the words were directed at her, and that he did not love her to the point that he would willingly endure shame or wrongs for her sake. Saffredent realized that the lady who laughed understood him, and was "well satisfied" and "became silent."

Here we have what is likely an inside joke about the real Saffredent and his interest in one of the ladies of Queen Margueritt's court. This private understanding between them was on a morning over 400 years ago will continue to echo through time. The actual identity of Saffredent and his love interest are not known.

various candidates have been proposed for the real person behind the character: Admiral de Bonnivet, Montpezat, René de Rohan. Like many of the characters in the Heptameron, Saffredent's name conveys a meaning. In French, Saffredent literally means greedy tooth or sweet tooth.