The Wife Reading to Her Husband on The Desert Island

A poor woman risked her own life to save that of her husband, whom she forsook not until death.

The Captain Robertval aforesaid once made a voyage across the seas to the island of Canadas, (1) himself being chief in command by the appointment of the King, his master. And there, if the air of the country were good, he had resolved to dwell and to build towns and castles. With this work he made such a beginning as is known to all; and to people the country with Christians he took with him all kinds of artificers, among whom was a most wicked man, who betrayed his master and put him in danger of being captured by the natives. But God willed that his attempt should be discovered before any evil befell the Captain, who, seizing the wicked traitor, was minded to punish him as he deserved. And this he would have done but for the man's wife, who had followed her husband through the perils of the deep and would not now leave him to die, but with many tears so wrought upon the Captain and all his company that, for pity of her and for the sake of the services she had done them, her request was granted. In consequence, husband and wife were left together on a small island in the sea, inhabited only by wild beasts, and were suffered to take with them such things as were needful.

The poor folk, finding themselves all alone and surrounded by wild and cruel beasts, had no recourse but to God, who had ever been this poor woman's steadfast hope; and, since she found all her consolation in Him, she carried the New Testament with her for safeguard, nourishment and consolation, and in it read unceasingly. Further, she laboured with her husband to make them a little dwelling as best they might, and when the lions (2) and other animals came near to devour them, the husband with his arquebuss and she with stones made so stout a defence that not only were the beasts afraid to approach, but often some were slain that were very good for food. And on this flesh and the herbs of the land, they lived for some time after their bread failed them.

At last, however, the husband could no longer endure this nutriment, and by reason of the waters that they drank became so swollen that in a short while he died, and this without any service or consolation save from his wife, she being both his doctor and his confessor; and when he had joyously passed out of the desert into the heavenly country, the poor woman, left now in solitude, buried him in the earth as deeply as she was able. Nevertheless the beasts quickly knew of it, and came to eat the dead body; but the poor woman, firing with the arquebuss from her cabin, saved her husband's flesh from finding such a grave.

Leading thus in regard to her body the life of a brute, and in regard to her soul the life of an angel, she passed her time in reading, meditations, prayers and orisons, having a glad and happy mind in a wasted and half-dead body. But He who never forsakes His own, and who manifests His power when others are in despair, did not suffer the virtue that he had put into this woman to be unknown by men, but willed that it should be made manifest to His own glory. He therefore brought things so to pass, that after some time, when one of the ships of the armament was passing by the island, those that were looking that way perceived some smoke, which reminded them of the persons who had been left there, and they resolved to go and see what God had done with them. 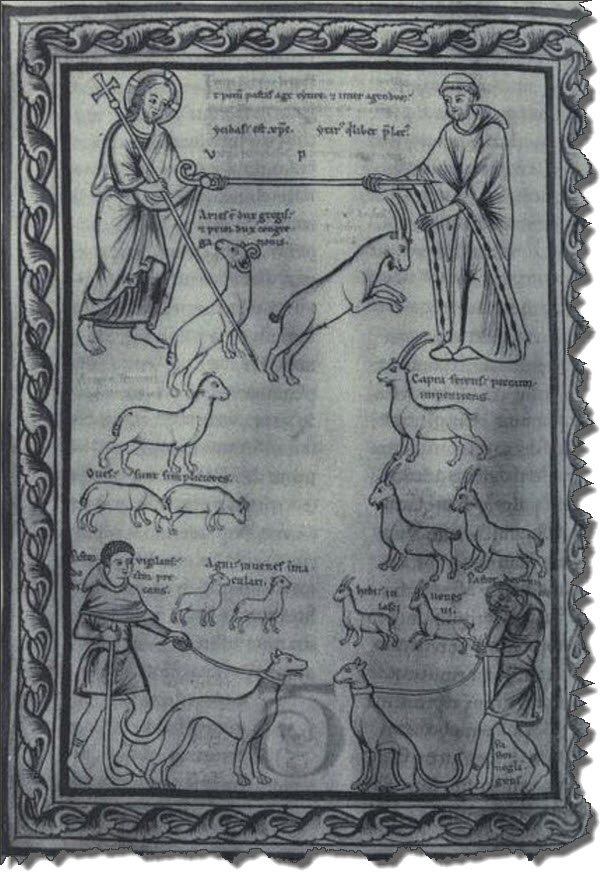 The poor woman, seeing the ship draw nigh, dragged herself to the shore, and there they found her on their arrival. After giving praise to God, she brought them to her poor cottage and showed them on what she had lived during her abode in that place. This would have seemed to them impossible of belief, but for their knowledge that God is as powerful to feed His servants in a desert as at the greatest banquet in the world. As the poor woman could not continue in such a spot, they took her with them straight to La Rochelle, where, their voyage ended, they arrived. And when they had made known to the inhabitants the faithfulness and endurance of this woman, she was very honourably received by all the ladies, who gladly sent their daughters to her to learn to read and write. In this honest calling she maintained herself for the rest of her life, having no other desire save to admonish every one to love and trust Our Lord, and setting forth as an example the great compassion that He had shown towards her.

"Now, ladies, you cannot say I do not praise the virtues which God has given you, and which show the more when possessed by one of lowly condition."

"Why, we are not sorry," said Oisille, "to hear you praise the mercies of Our Lord, for in truth all virtue comes from Him; but we must confess that man assists in the work of God as little as women. Neither can by heart or will do more than plant. God alone giveth the increase."

"If you have studied Scripture," said Saffredent, "you know that St. Paul says that Apollos planted and he himself watered; (3) but he does not speak of women as having set hand to the work of God."

"You would follow," said Parlamente, "the opinion of those wicked men who take a passage of Scripture that is in their favour and leave one that is against them. If you had read St. Paul to the end, you would have found that he commends himself to the ladies, who greatly laboured with him in the work of the Gospel."

"However that may be," said Longarine, "the woman in the story is well worthy of praise both for the love she bore her husband, on whose behalf she risked her own life, and for the faith she had in God, who, as we see, did not forsake her."

"I think," said Ennasuite, "as far as the first is concerned, that there is no woman present but would do as much to save her husband's life."

"I think," said Parlamente, "that some husbands are such brutes that the women who live with them should not find it strange to live among their fellows."

Ennasuite, who took these words to herself, could not refrain from saying—

"Provided the beasts did not bite me, their company would be more pleasant to me than that of men, who are choleric and intolerable. But I abide by what I have said, that, if my husband were in a like danger, I should not leave him to die."

"Beware," said Nomerfide, "of loving too fondly, for excess of love will deceive both him and you. There is a medium in all things, and through lack of knowledge love often gives birth to hate."

"Methinks," said Simontault, "you have not carried your discourse so far without having an instance to confirm it. If, then, you know such a one, I give you my place that you may tell it to us."

"Well," said Nomerfide, "the tale shall, as is my wont, be a short and a merry one."

Jump to the Other Tales on This Day: